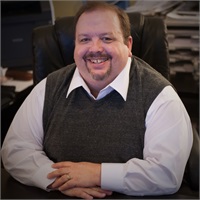 Rob is a third generation insurance agent and financial services representative. His Grandfather was with The Prudential from the 1940's through the 1960's. His Uncle Jack Cann also started with The Prudential in the 1960's and they moved to open his own agency in Georgetown, CA, which is near Auburn. We learned many thing from my Uncle, He said always be available to our clients no matter where you see them. And always deliver a death claim to the beneficiaries that is how we complete our service.

Rob and Robbyn married in June of 1993. They both have two children from a prior marriage. Rob has a son, Chad, daughter-in-law, Melissa, daughter, Cailey, and son-in-law, Christian. Robbyn has a daughter, Bonnie and a son, Scott. Rob and Robbyn have five grandchildren, grandson Asher, granddaughter Avery, grandson Wyatt, grandson Austin and granddaughter Abigail. Rob and Robbyn also love their little fur family, a miniature long-haired dachshund, named Shadow, who is the boss dog of the office, and Oliver Twist nickname Oli.

Rob is active with the Rio Vista Chamber of Commerce, and the American Cancer Society. He has taken pictures the last few years for the following groups, Rio Vista Bass Derby, American Cancer Society Walk for a Cure, and the Men's Trilogy Prostate Cancer Golf Tournament. Rob's goal is to help individuals and businesses through their financial maze and to be involved with people in need in the Rio Vista Community.